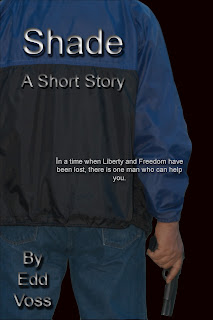 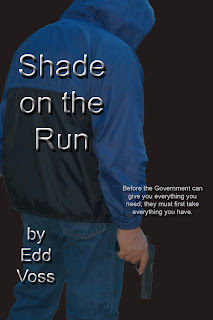 It is hard to believe that it has been this long since I posted here. The last two months of 2012 were spent running from Portland OR. to Edmonton Alberta. With Internet connections sketchy in Canada it was hard to keep up with a lot of things. That is all behind me now, at least for a while. Hopefully I will be able to spend more time working on the next Shade book. I thought that I was finished with that character for the moment, but he had other ideas. Since the story takes place in a dystopian future where a large Government is in total control, the present political scene is offering a lot of ideas as to how it all happens.

I have often said that we would not be destroyed by an outside enemy, rather we would give our freedoms away. I am also looking at a way to explain where the Subs (characters who live below the grid in the Shade stories) came from. If you are not familiar with this storyline please check out the short story Shade that started the whole concept. After that you can check out the follow up novel Shade on the Run which takes the short story to a new level. So far I haven't even figured out a working title for the next one.

As with any large unaccountable government there will be those in the upper echelons who will think that they are free to do as they want without repercussions. The new novel starts with one of those officials finding out differently. Here I hope to be able to show that there will always be those who will cherish the ideas of freedom and liberty that our country was founded on. It may be that someday it will only be found in the remote wilderness areas, but it will always find a way to survive. This will be a little darker than most of my work, but as with all of what I write, I hope that it also offers a ray of hope.
Posted by Edd at 3:22 PM